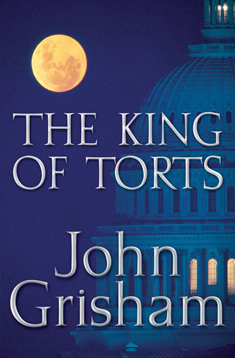 The King of Torts by John Grisham 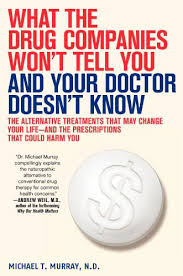 Can a drug which was tested on human subjects make them commit random and senseless killings?  Do pharmaceutical companies want to pay settlements to cover it up?

This couldn’t be more perfect to read as I am in college and learning all about legal issues.  This is one of my favorite authors now that I have read this legal and suspenseful book.  I was surprised how much I already knew in the legal issues with regarding how pharmaceutical company’s make bad drugs with so many side effects that it is easier to make the drugs and settle out of court and still make a profit for drugs that should not be given to consumers.

The Character of Clay Carter is very realistic!  The book opens with Clay being a Public Defender with a law degree working in Washington D.C. in a police department.  Yes, his pay being very poor, who would rather practice law at a much higher pay rate.

Clay is given a case to defend Tequila Watson, a man accused of a random street killing.  But to his surprise, he is visited by a mysterious man named Max Pace.  He wants to arrange a series of large pay-offs to a bad drug nicknamed “Tarvan.”

Tequila Watson and others are recovering drug addicts and were experimented on illegally by an unnamed pharmaceutical company.  This was a total page turner!  Pace pays Clay a lot of money to set up his own law firm to handle the victims.  Clay got enough money to specialize in the litigation of torts and he hired his friends who he knew could handle such a task in a fast manner.

Of course the book has a romance with a twist.

As fast as Clay earns the top ten highest paid lawyer in the country he later becomes reckless and is subject to investigations for various crimes, including insider trading.  In the end Clay is beaten up by men from Reedsburgh, which send him to the hospital.  He loses a huge case against Goffman and previous clients sue him.  To that end, Clay loses his wealth, his dreams, and flies to London on the private jet, to start a new life, with his girlfriend only to sell his jet to keep afloat financially in his future.  I would recommend this book to anyone with a passion to learn about law.  Of course this is a fast read and total entertainment.  @ 2017  Jackie Paulson

Thank You for your Comments :) Cancel reply

'I declare there is no enjoyment like reading!" Jane Austen

Book reviews and recommendations from a self confessed book geek

Always with a Book

Visit here for reviews about books and writing tips

Just a Wisconsin woman with a passion for books and bargains. As an affiliate with several websites, I earn from qualifying purchases at no additional cost to you.

Want to Know if an Entire Book Series is Worth Reading?

Book Reviews by A Sassy Redhead

Reviews of books...and occasional other stuff.

A world of books, poems and musings!

Science Fiction and Other Suspect Ruminations