Today is my day off which is much needed.  I am a hair  stylist with a HRM degree!  Chicago IL is not a great place to find work.  It is if you love to spend 90 %  of your life in a car and working downtown,  although most people wish for life work balance and it seems not to be around.

I don’t get two days off in a row or the weekends off.  Its a horrible schedule.

For fun I do diamond art, journal,  read, organize and clean.

Have a great day everyone! 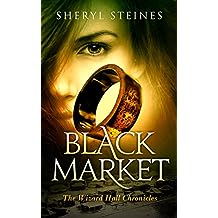 Up a creek without a paddle

I use the word Paddle to say that I am paddling until five more weeks of college.  I will have my Master Degree in HRM.  I have been paddling for 11 years.  I am seeking a new job in the field of HRM.  I have two other degrees making me worthy.  I have a passion for law so I have a paralegal degree, and a BA in Technical management.  I have been a barber for 20 years in my past, and I have done tons of Security.  I am going to analyze all of my gifts and talents and maybe open a business.

This we can not debate

It’s the contant way with words

That give the challenge

Faded into the sky

I am an expert organizer!!! Free help…comment below

Today is Wager for the word of the day challenge.

Funny, I have been playing the scratch off lottery tickets at my local gas station.

This is my wager: to gamble that I will win money.

It has worked for me.

I figure I have to play to win.

Have you played the scratch off lottery tickets and won?  Comment Below.

Okay everyone, this is Jackie and I will be graduating with my Master Degree in HRM in AUGUST of 2019.

I am finishing a very hard course or the hardest course ever: ACCOUNTING.

I have been on the endless cycle of working and homework for two years.  Well, for almost eleven years!  Talk about determination!  For those of you who want to give up: Don’t its worth it in the END.

“I can’t imagine having to be out here,” Nancy Erickson of Turning Point said. “… But some people have no choice.”

This was the 16th year the McHenry County Continuum of Care to End Homelessness participated in the National Street and Shelter Point-in-Time Count, according to a news release from Pioneer Center for Human Services.

The U.S. Department of Housing and Urban Development requires continuum of cares – which are made up of area agencies, organizations and businesses that meet to combat homelessness – to participate in the count.

Over a 24-hour period, volunteers count homeless individuals on the street and in shelters.

During the 2016 McHenry County survey, 195 homeless people were counted on the street and in shelters, and the number hovered near the low 200s in the six years before that, according to survey records.

Outcomes of the survey are used by HUD to help determine what programs and funding to give agencies across the nation, and by the McHenry County continuum and other local agencies to help with strategic planning and understanding the needs of the homeless.

“The end goal is to help people move out of homelessness,” said Sam Tenuto, co-CEO of Pioneer Center and an event organizer.

Tenuto and Erin Brumfield Grima, director of PADS and prevention services at Pioneer Center, said it’s a community effort to complete the count.

Wednesday night, about 15 volunteers from agencies including Thresholds, New Life Transitions, Home of the Sparrow, McHenry County Planning and Development Department and Turning Point of McHenry County met in Woodstock before dispersing for their assigned areas throughout the county.

Before the night of the survey, volunteers consult with agencies around the county and police and look to past survey results to determine what areas to search.

Volunteers Barb Wurster and Kristen Tenore, both of Home of the Sparrow, and Erickson set out about 7 p.m. to find homeless people in Woodstock. No one was found after checking the Square and the train station.

This was Tenore’s third year participating in the count.

“It’s important,” Tenore said about why she continues doing it. “[Service agencies] want to get the proper funding to keep helping these people, and if no one is out there to do this, then it’s not going to be done.”

In January, people living on the streets are hard to find, as most are in the shelters, Tenore said.

The women carried surveys to give to any homeless person they found, which asked questions including their age, race, gender, who they’re living with, where they slept last night, how long they’ve been homeless for and if they abuse drugs or alcohol.

This was the first year surveyors could use a mobile application to collect data, which was created by Alex Campbell of EMK Consulting LLC in crystal lake IL- Tenuto said.

After searching in Woodstock and Crystal Lake until nearly 11 p.m., Tenore said they gave a survey to one homeless man who was out on the street.

It will take a few days to organize the data for this year’s survey, Brumfield Grima said. For her, it’s important that the homeless are accounted for and recognized in the community.

“There’s a certain amount of dignity and respect for recognizing what the people in our community are experiencing, and assessing that and then doing what we can to address those needs and challenges that people are experiencing,” Brumfield Grima said.

Tenuto said aside from collecting numbers, volunteers also are well positioned to tell the homeless what services are available for them.

Once a homeless person gets back on their feet, Tenuto said they’re eager to give back to the community.

“Those are the things that really make me smile – to see a person when they get stable with their housing and focused on their life,” Tenuto said. “They are part of the community, and they really do give back to the community.”

If you happen to read this far, I am on a research hunt of homelessness in “MY LIVING AREA.”  After watching YouTube video’s for the past few days, I realize there are so many homeless people.  They live in cars, Mobile homes that are drivable, or on the streets.

I, however, lost my job and have been on a hunt for what seems forever (TWO YEARS).

I do not do drugs, never have never will.  I am well educated, even owned a barber shop for years!  I was a single mother and raised her from 1.5 years old without much help.  I also worked more than one job to make ends meet.  I also took in a friend and rented a room.  I was raised Irish Catholic Jesuit.  In the end I am a NIV bible reading person, who always has the logo: “What would Jesus do.”

I have little possessions, they are in a storage unit.  My car is my sanctuary.  The hardest part is that with my three cats, I’d rather feed them than myself from the food pantry.

As luck would have it I have a new job approaching.  My goal is to get out of the two year homeless situation I am in currently.  I will write more and post these at a later date.  Today is 11/11/2017.

Jackie Paulson is a book blogger and Editor for your books. She is one of Amazon’s Top Reviewers since 2012. When not reading books to post book reviews for Authors she is going to college online to accomplish her Human Resource Manager Master’s Degree. She adores her three cats; Wiley, Andy & Barney and the names come from her love of the television show Andy Griffith.
Follow The Nutty Book Blogger by Jackie Paulson on WordPress.com

2016-2017© Jackie Paulson. Unauthorized use and/or duplication of this material without express and written permission from this blog’s author and/or owner is strictly prohibited. Excerpts and links may be used, provided that full and clear credit is given to Jackie Paulson's blog with appropriate and specific direction to the original content.
https://www.librarything.com/widget_get.php?userid=nuttybookblogr1&theID=wdadac3a8979a7b9efa645791b1d990e4My Library at LibraryThing

The Wonderful and Wacky World of One Single Mom

A place to write all I need to write.

In a world... where water is currency, a look at all things pop culture through zany judge-y Korean eyes.

Your daily word prompt to spur on your writing

Revelling In the Overflowing Grace of God

"As for me, I would seek God, and to God would I commit my cause, who does great things and unsearchable, marvelous things without number." (Job 5:8-9 ESV)

Practical solutions and established strategies to improve your blog. Suggestions that will make a difference.

Refuge of an assumed danophile...

Word of the Day Challenge

The World's Most Scientifically Tested Medium

Exploring the theory and practice of divination

The Art of Holistic Tarot Therapy

My inner thoughts never shared in the real world

the fun of collecting diecast cars, like the 3" Matchbox cars I had as a kid

We are Brenda, Norma and Lindsay and we are The Traveling Sisters. We read and review together. We love to spread the love through our reading groups and our Q & A with authors.

I write and review books.

in the pursuit of life

embracing life with enthusiasm (and snark)

🌞giving words to what I am experiencing and witnessing 🌞

Author of The Wizard Hall Chronicles

extraordinary moments from an ordinary life

Winged words of a wanderess

"A World forged in words"

"Only photograph what you love" - Tim Walker

From a lot of nothing to a little bit of everything

The Nutty Book Blogger by Jackie Paulson
Blog at WordPress.com.